An impressive synagogue, with a huge organ and a capacity of over 1,000 people, which was built in 1878 in the centre of the New Town. With an architecture inspired by the Moorish style, it became known to the people of Oradea as the Temple of Zion, associated with the famous Chief Rabbi Dr. Lipot Kecskemeti.

Built after the separation from the Jewish community in Oradea of a group of Reformed, or Neolog Jews, the synagogue becomes part of the architectural landscape of Oradea in 1878.

The eclectic construction was made after the architecture plan of Busch David and Kálmán Rimanóczy Sr. Just like in other synagogues, exterior and interior decorations are inspired by Moorish architecture. The essential differences between the two Mosaic cult monuments lie in the greatness of the latter. Compared to the Orthodox Synagogue, the Neolog one stands out for its massiveness, grandeur and favourable location. 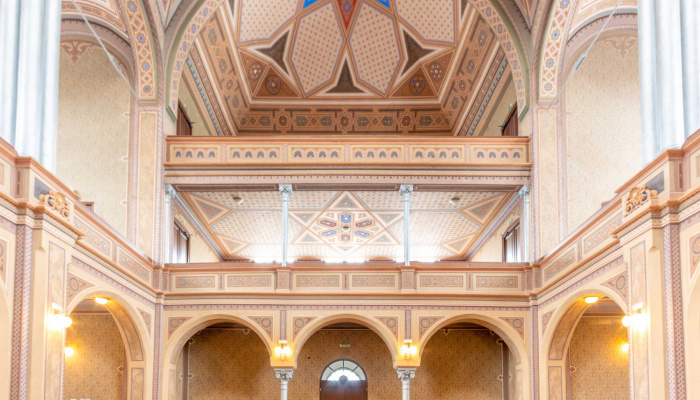 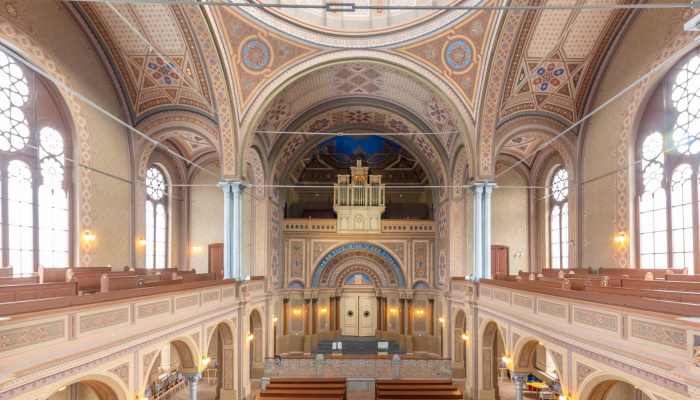 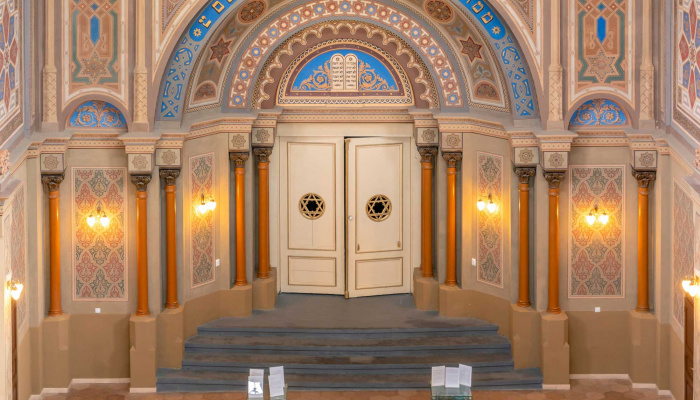 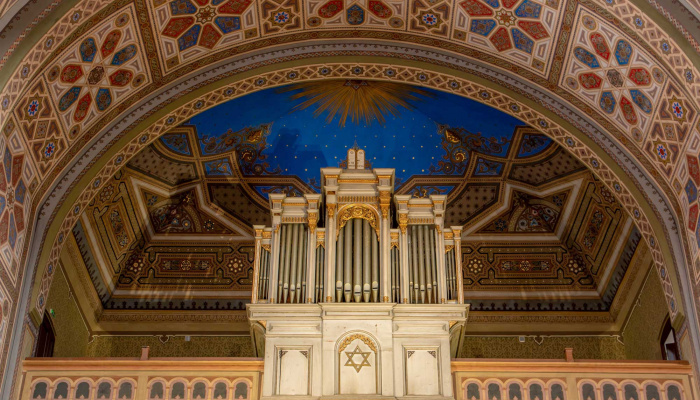 The synagogue was rehabilitated through a partnership project with the Jewish Community of Debrecen. The purpose of the plan was to rehabilitate, transform and introduce the Neolog Synagogue into national and international tourist circuits.

If you #VisitOradea, the Sion Neolog Synagogue is a must-see, because it uniquely combines the religious character with the secular one! At the same time, in front of the Synagogue, you’ll find a welcoming terrace serving Mediterranean cuisine, where you can stop at will while admiring the view towards the banks of Crișul Repede river.