Visit the only functional synagogue in Oradea and you will be surprised by its unique atmosphere!

Oradea is a multicultural city where you will find, at every step, living proof of the mix of cultures, ethnicities, and religious denominations. The Orthodox Synagogue is no exception. Its interior will draw your attention through its grandeur, elegance, but also through its simplicity. 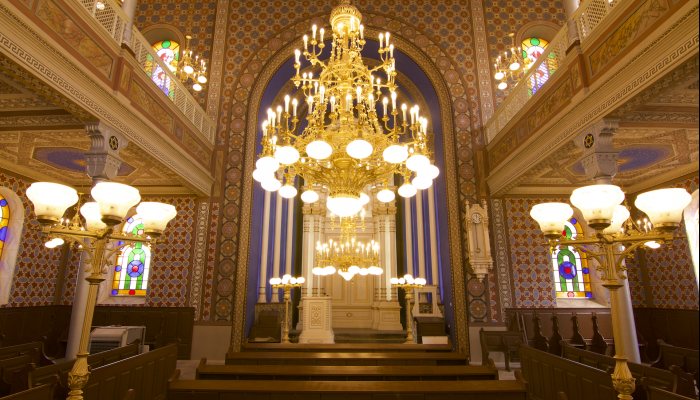 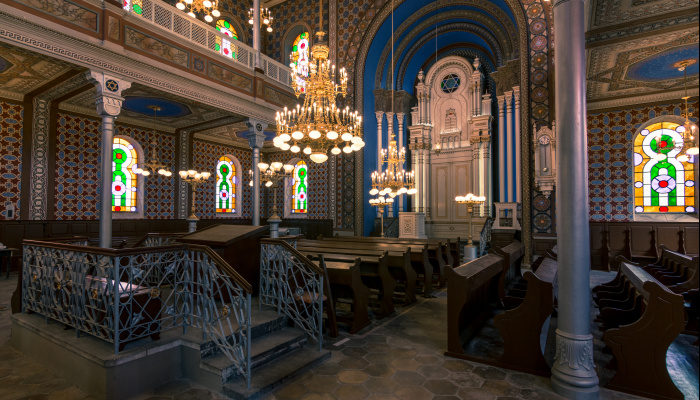 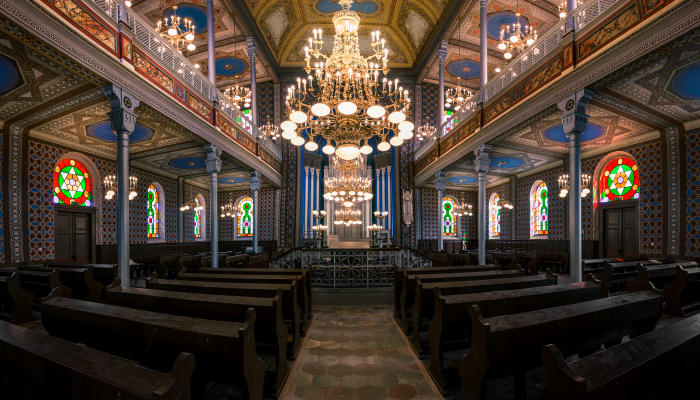 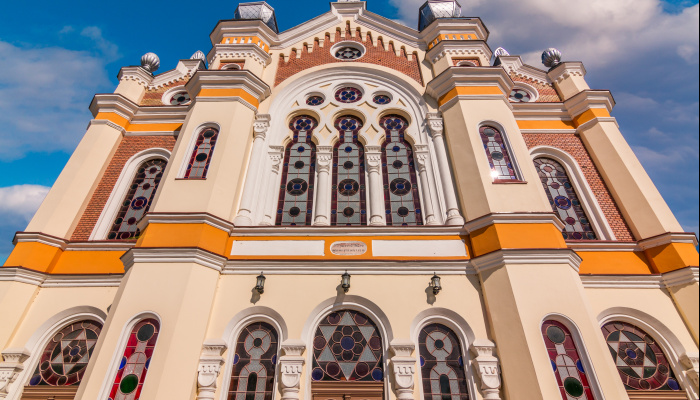 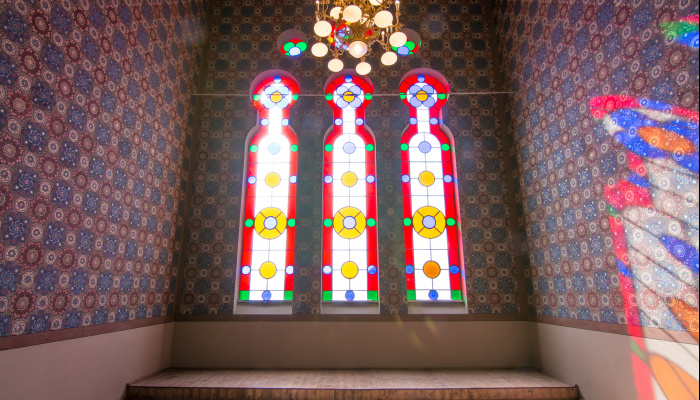 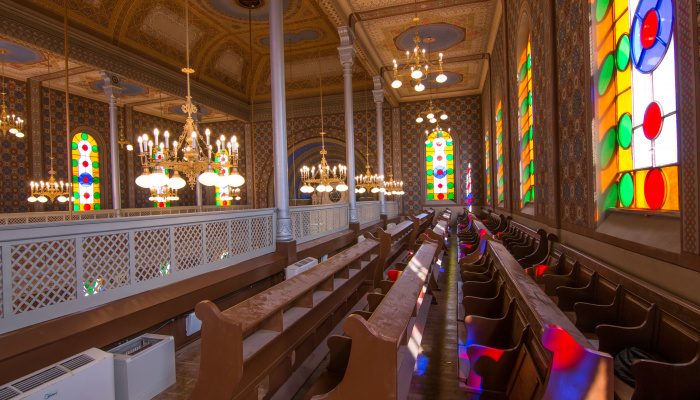 The only functional synagogue in Oradea

The importance and evolution of the Jewish community in Oradea are expressed through the size of this place of worship. When its construction was initiated in 1890 by builder Knápp Ferenc, according to the plans of architect Bách Nándor, the Mosaic community of Oradea was one of the most important and influential ones, numerically and economically. Architecture lovers and the curious ones will be impressed by the lacework of the building, this being one of the most decorated synagogues in the former Austro-Hungarian monarchy.

Today, the Great Orthodox Synagogue is the place where the community gathers to commemorate the memory of the lost, to celebrate family events, or to simply tell stories.

A visit to the Synagogue will certainly be an uplifting experience, which will arouse disturbing emotions of complicated and yet recent times.

In May 1944, during the Hungarian administration, the ghetto in Oradea was organized around the Orthodox Synagogue, comprising 36 streets. The only access to the ghetto was on Mihai Viteazul Street, next to the Synagogue. Decades later, inside the Synagogue's yard, on the left side, a black marble Holocaust Monument was installed, to comemorate the orthodox jewish community members that have passed away inside Nazi camps.