Spend a magical evening at the State Theatre, attending a show in a grandiose heritage building!

The State Theatre in Oradea is one of the oldest cultural institutions in Romania, with a special tradition for performances held in Romanian. The actors who frequently play on stage belong to the companies "Iosif Vulcan", "Arcadia" and "Szigligeti" performing in the Grand Hall with 650 seats.

Located in the heart of an open-air architecture museum, this eclectic-style building stands out as an exceptional achievement. The construction, fiercely desired by the municipality at that time, was entrusted to the famous Vienna construction company "Fellner and  Helmer". The two Viennese contractors, recognized throughout Europe for their refinement and execution, submitted a project which was accepted and thus, construction began on July 21, 1899. 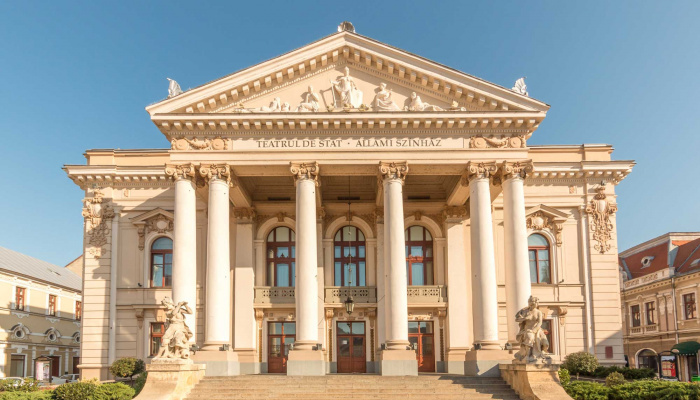 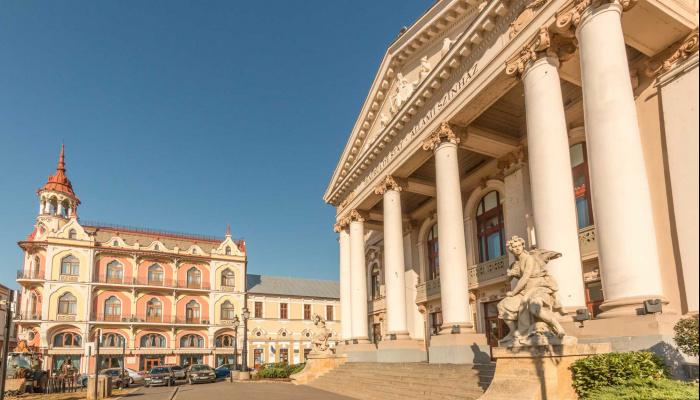 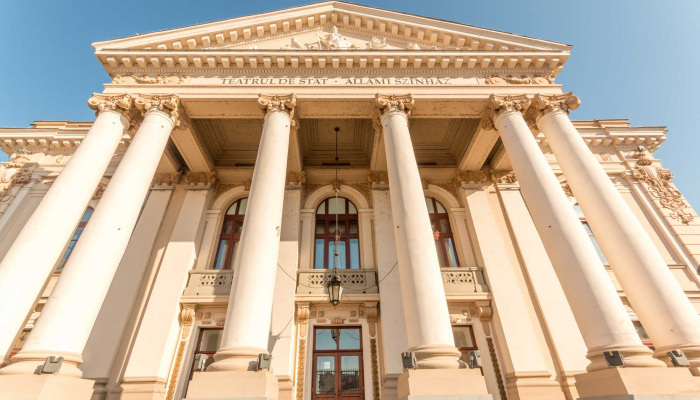 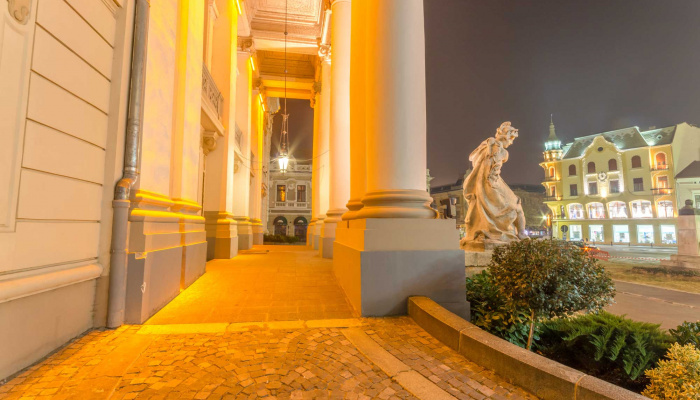 A year later, on October 1, 1900, the building was completed, and two weeks later, the opening ceremony was held. The façades are also impressive, with neoclassical and neo-renaissance decorative elements, while on the inside, the neo-baroque style is of predominance. The statuary ensemble in front of the Theatre embodies the two protective muses of Theatrical Art: Tragedy (Melpomene) and Comedy (Thalia), created in a famous sculpture studio in Budapest.

In 2016, Queen Mary Theatre had the honor to host UNITER Awards Gala.

Szigligeti Theatre is the largest Hungarian cultural institution in the north-western part of Romania. Its uniqueness is reflected in the three companies which represent three different types of performing arts. Szigligeti Company, Nagyvárad Dance Ensemble and puppet art Lilliput Company offer a wide range of shows for all ages. Szigligeti Company’s repertoire reflects our respect for tradition while also seeking new theatrical forms and languages. The mission of the theatre is to meet the public’s requirements, but also raise awareness of the social role of the performing arts.

An evening at the theatre will offer you a beautiful cultural experience in Oradea!

Choose the play you want to watch from the official website - https://www.teatrulreginamaria.ro/ro/trupa-iosif-vulcan/program, and get the tickets online!