The museum operates in the house of the Lazăr family, built in the last years of the 19th century. The Lazăr House has a special historical value, because in one of its rooms, on October 12, 1918, the Declaration of Independence of the Romanians from the lands of Transylvania, Banat, Crişana and Maramureş against the Austro-Hungarian Empire was signed.

The "Aurel Lazăr" Memorial Museum hosts a special collection, consisting of authentic furniture, art objects and books, family photos, all belonging to the family of the illustrious politician. Most of the collection was donated to the museum by Aurel Lazăr's daughter-in-law, Mrs Valentina Lazăr.

Among the pieces of furniture that belonged to Aurel Lazăr, there is an eclectic style living room composed of a table with carved oak legs, a sofa, two chairs with upholstered arms, two smaller chairs. An important piece of the collection is a chair with black arms, which, according to Mrs Valentina Lazăr, belonged to the desk on which the Declaration of Independence from Oradea was written on October 12, 1918.

The museum also houses the oil portrait of Aurel Lazăr made in the studio of the famous painter E. Kovács, the photographic portraits of Aurel Lazăr's parents, photos of his son, Liviu Lazăr and other family members, photos with scenes from the funeral of the illustrious lawyer from Oradea.

An important piece of the collection is the three-door bookcase, with an eclectic style, which contains volumes with the ex-libris of Aurel Lazăr on the first page, which proves that they belonged to the great politician. 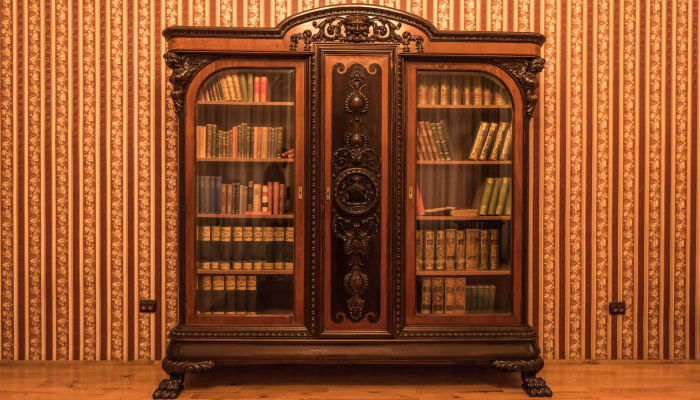 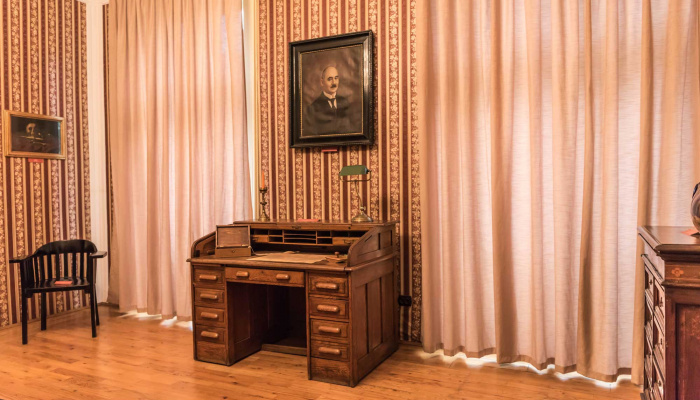 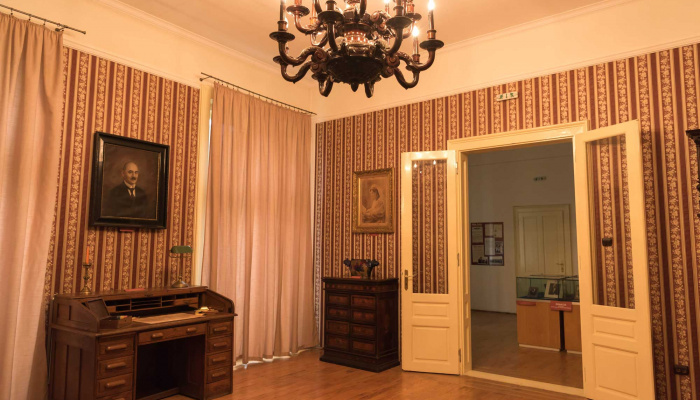 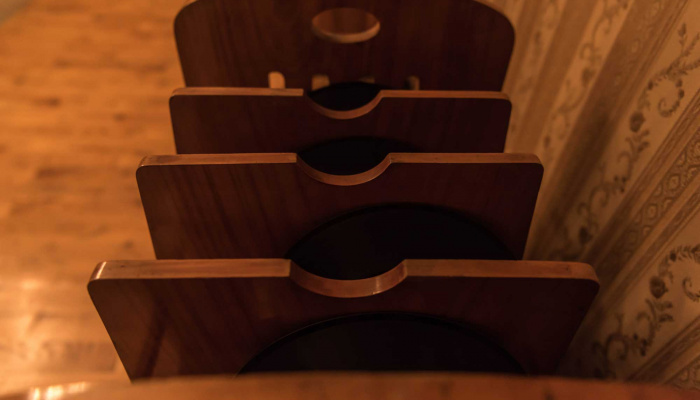 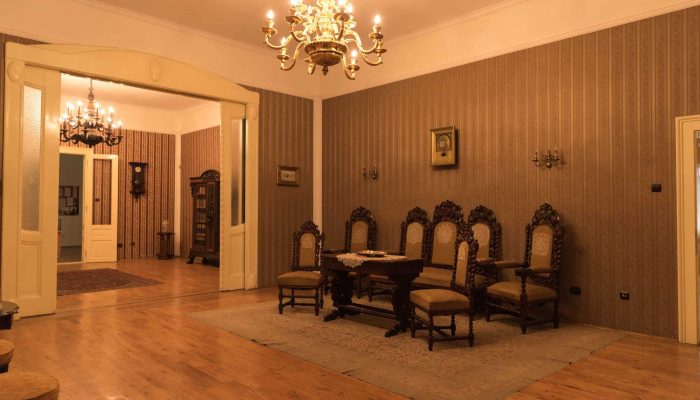 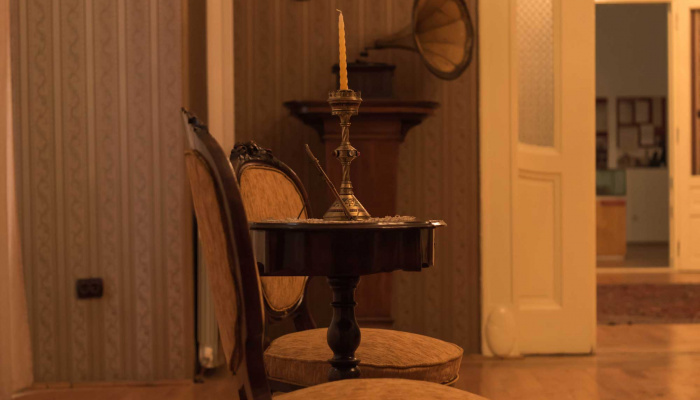 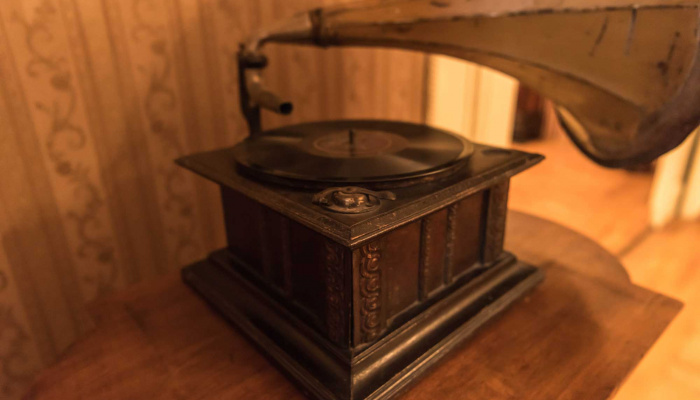 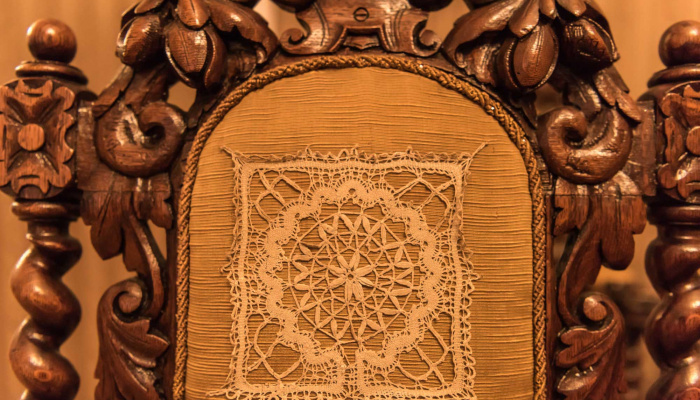 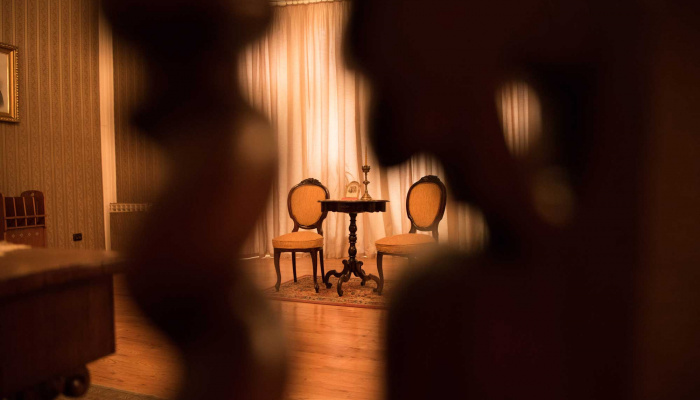 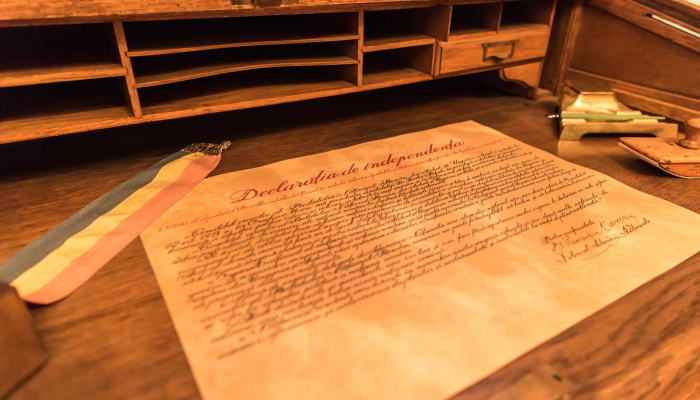 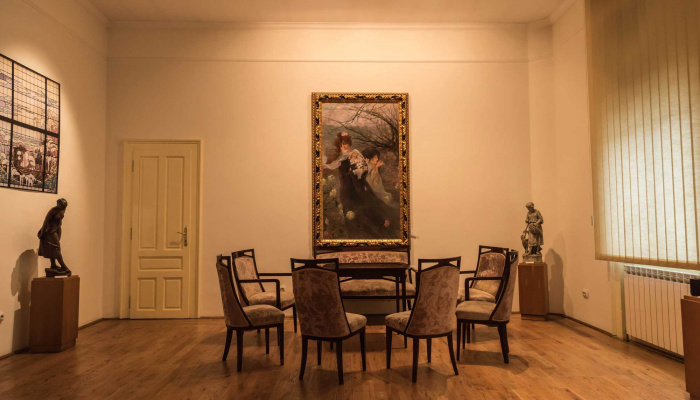 The museum has five exhibition halls, three of them presenting landmarks and significant facts from the life and activity of Aurel Lazăr, in the form of historically important documents presented on cardboard. In fact, all these artefacts intent to reconstruct the atmosphere in which Dr. Aurel Lazăr lived. In addition to this permanent exhibition, the museum also has two rooms for temporary exhibitions.

Also, in the courtyard of the memorial museum, a generous room is arranged for various cultural or scientific events, art exhibitions, symposiums, or book launches.

Aurel Lazăr was born in 1872 in Oradea, in a family of intellectuals, his father being a lawyer. Following his father's career, he became a lawyer and Doctor of Legal Sciences.

An outstanding personality of the cultural-political life of Oradea, he was involved with dedication and high competence, in the process of establishing and consolidating Greater Romania. He represented the Aleşd electoral circle at the Great National Assembly in Alba Iulia on December 1st, 1918, where the union of all Romanians from Transylvania, Banat, Crişana and Maramureş with the motherland Romania, was consecrated.

Elected member of the Grand National Council, Aurel Lazăr also becomes a member of the Governing Council, a provisional government in which he holds the position of Minister of the Resort of Justice. The great Bihor politician stood out in the difficult action of including Transylvania in the Romanian political and cultural structures after 1918, holding numerous important positions: vice president of the Assembly of Deputies, president of the National Peasant Party, Bihor branch (since 1926), vice president of the Cultural Reunion "The Three Rivers of Cris", mayor of Oradea.

The Consulate of the Kingdom of Romania, led by the diplomat Dr. Mihai Marina, operated in the house of Aurel Lazăr, between December 6, 1940 - November 1, 1943.