A green city is a city that is friendly to its inhabitants and manages to combine the facilities of urban space with patches of vegetation or even with green areas that still retain a scent of wilderness.

In relation with the number of inhabitants, Oradea can pride itself with 28 square meters of green space per capita, a figure that places our city on the first places among the cities of Romania. It is one of the main reasons why Oradea was awarded the title of green capital of Romania in 2011.

The walks through centuries-old parks are unforgettable

The first parks in Oradea with the specific destination of green space and recreation were created in the 19th century: Rhédey Garden and the current Petőfi Park. They still exist today, but the former Rhédey Park was divided in two, one part being currently the Bălcescu Park and the other one the Zoo. 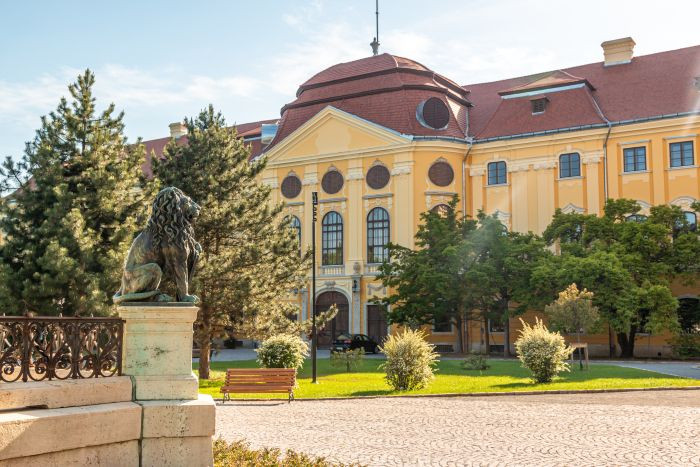 The Park is the green space in the courtyard of the Diocese Palace and the Roman-Catholic Cathedral. A walk here will delight you with species of ash, chestnut, Magnolia (Magnolia acuminata), secular specimens of yew (Taxus baccata) and oak (Quercus sp.), Plane tree (Platanus orientalis), Ginkgo Biloba, Kentucky Coffee (Gymnocladus dioicus) as well as Sequoia gigantea trees over 100 years old.

Following the recent renovation of the baroque complex garden, it was returned to almost the initial configuration of the terrain, restoring the landscape and atmosphere of the early twentieth century. An English-style landscaped garden has been set up in front of the palace and cathedral. Here you can admire two works of art of great value: the bronze statue of Bishop Szaniszló Ferenc (1850–1868) executed at the request of Bishop Schlauch Lőrinc and placed at the northern edge of the plot, respectively the monumental statue of St. Ladislaus originally erected in 1892, in the city centre and later placed, after the First World War in the centre of the processional space, being to this day one of the main tourist attractions of the place. The location is extremely spectacular in spring, with the flowering of magnolias in front of the palace. 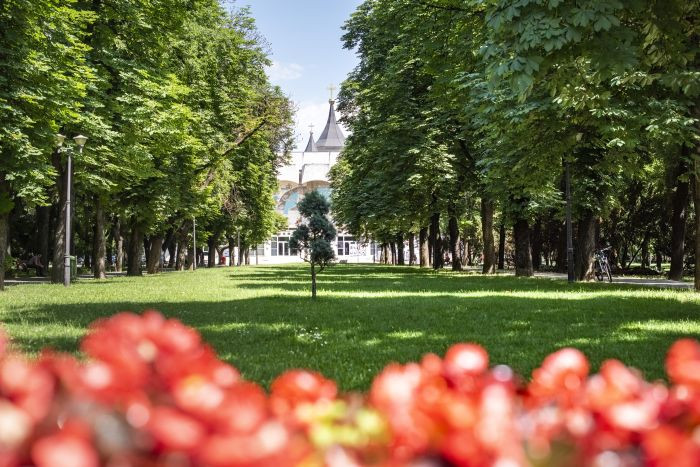 Founded in the ‘50s, it is located on the site of the former Great Square, where, at that time, the cattle fair was held. During the communist period, the park was known as the 23rd August Park. Today, December 1st Park vibrates with the energy of the children who come here to play, of the young walkers and enthusiastic cyclists. It is located just a few steps away from the meadow portion of Crișul Repede river that has been preserved in the city centre. 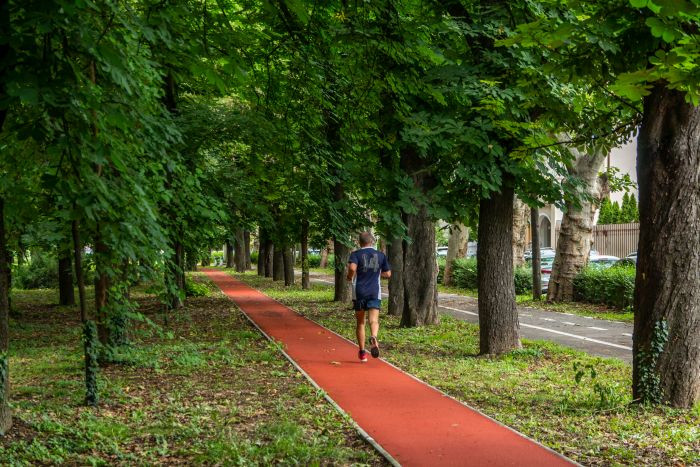 Located on the right bank of Crișul Repede River, the Park was initially constructed in 1880's with a small lake that served as an ice rink during winter. It was then reconstructed at the beginning of the 20th century, when it was named Bunyitay Garden, after historian Bunyitay Vince. At that time, one could stop here at the famous Lido Restaurant for a cold, locally produced beer, a lemonade, or a sorbet. Nowadays, it is one of the largest parks in Oradea. At the same time, I.C. Brătianu Park is one of the most attractive parks for athletes, who can find here basketball courts, specially designed areas for fitness activities and, since 2018, the first synthetic running track in the city, with a total length of 1,054 m and a width of 1.25 m. 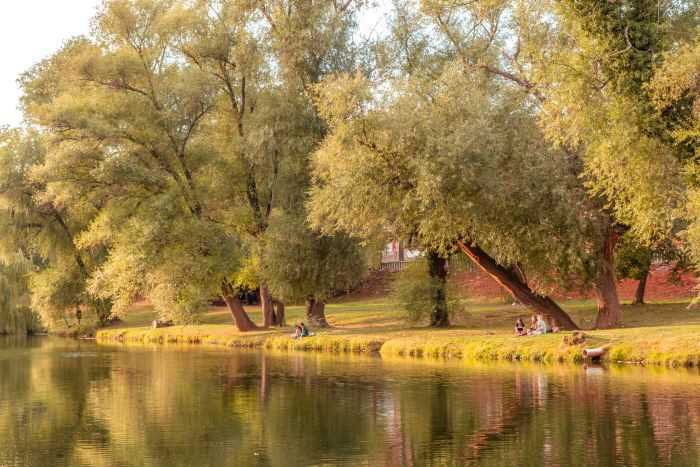 A spectacular garden planted right in the middle of the city where you can admire imperial lilies, multi-coloured tulips, daffodils, and hyacinths, full of passers' humming and children's voices, once spring makes its presence felt. At the base of the Intellectuals Bridge, the garden is adjacent to a chic and friendly café where you can stop for a coffee, enjoy the shade and listen to local artists that come here to play. 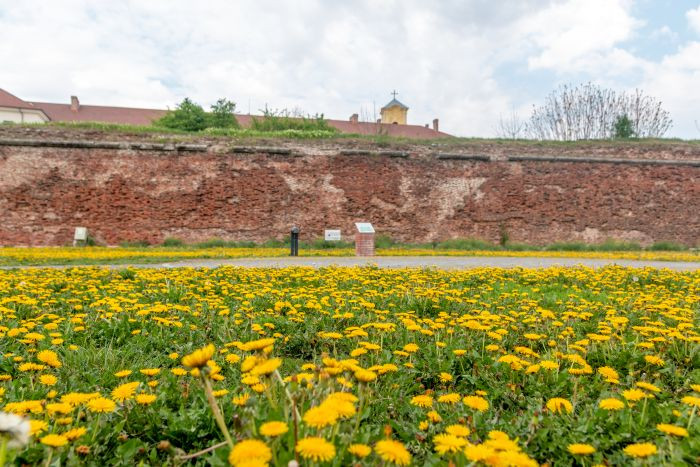 This park is arranged at the base of the walls of Oradea Fortress and covers an area of ​​24,089 square meters. In the medieval period it was used as a moat for the defence and supply of the Fortress, being filled with thermal water. It now hosts native and especially exotic species of flowers, trees, and shrubs, as well as a pond, being a suitable place for a relaxing break from any activity. In the summer months, the Fortress’ Park hosts various events such as Oradea Summer Film or The Big Picnic. 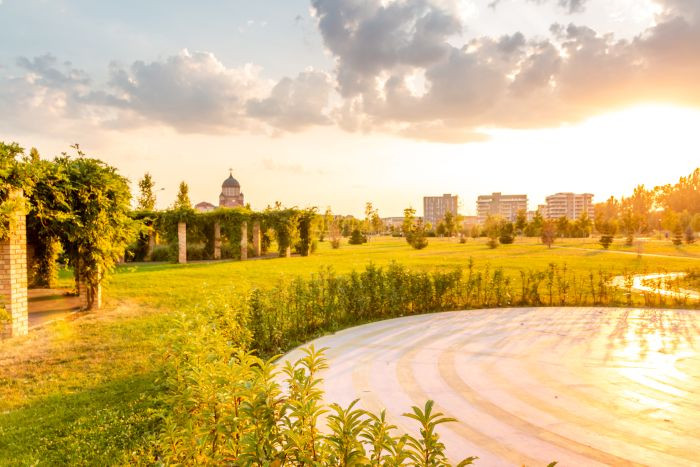 A new park on the shore of the Peța brook, the area is beautiful and peaceful, with plenty of diverse vegetation – trees, shrubs, perennials, water plants, bamboo trees, a labyrinth, a lake with a dock and a passage, a natural moat, which discharges into the Peta creek, and spaces for recreational and educational activities, paved paths and street furniture, signage, water fountains with drinking water, a pergola, and a gazebo. 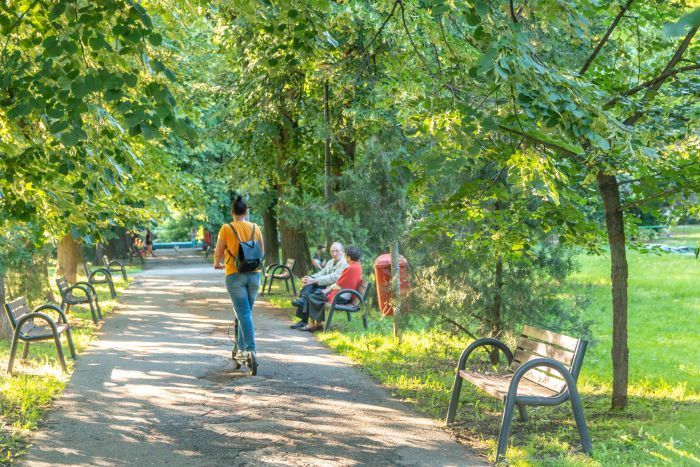 Petőfi Park is one of the oldest parks in Oradea and dates back to the 19th century. This park is one of the largest special purpose areas for green space and recreation, comprising a variety of mature, impressive trees, mostly oaks.

Like Petőfi Park, Nicolae Bălcescu Park took shape in the 19th century, being among the first green spaces of such size in the city. Known in the past as the Rhédey Garden, after the name of Rhédey Count, it used to be in the same space as the Zoo. Currently, the two are separated, and the Zoo still retains the Rhédey Chapel.

The locals here in Oradea know that a healthy city is based on a healthy “metabolism”. And they are lucky not only because of the geographical “gifts” and the very generous natural environment, but also for the vision and administrative strategies for having a green, pedestrian friendly and sustainable city. 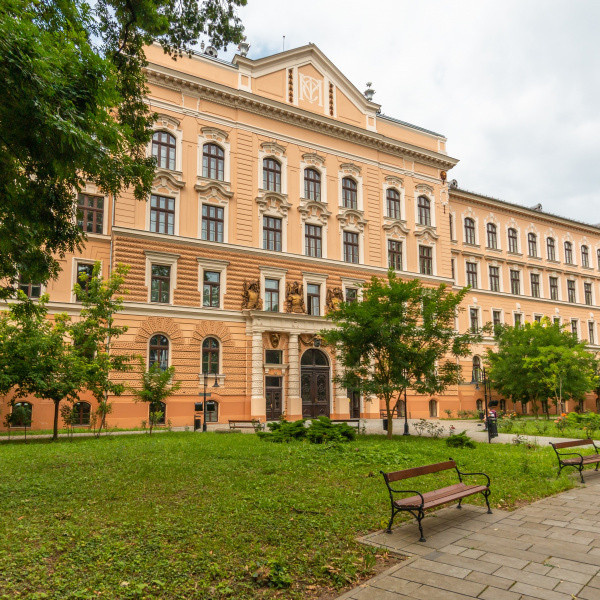